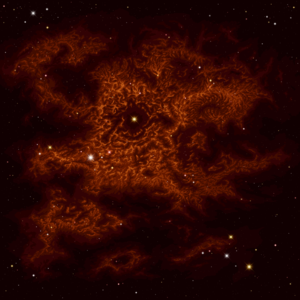 Within hive cities where black smoke seeps through corroded streets, in claustrophobic and hostile void communes, in isolated colonies — that is where Man lives. The remnants of a once-great civilization, now clinging by a thread Post-Split. In a minuscule nook amidst a vast empty system, withheld from unlocking the secrets of our past, human struggle against oneself surges forward eternally. Corporations devour their rivals, planetary factions fight for priceless resources, enigmatic guilds weave a web of intrigue as they politic and quarrel. Some may say that we learned nothing, damned to suffer the folly of our forebears. Others say only in a fragmented and waning state is man fated to survive.

And yet still humanity endures. Ancient xeno empires eons in age unearthed, encouraging man to pursue their ambition to settle the stars, the far-off lights we impotently observed for millennia ripe for the taking. A Golden Age of colonial prosperity awaited... And yet our hunger for more was never quite sated.

In the year 2343, an old vessel departs for the declining territories of the Alliance of Humanity, once a great and opulent empire, half the Milky Way beneath its steel boot. None can say for certain what killed that fateful freighter. Or even whom. But a derelict hulk reached the scheduled destination months after its arrival was due, hull shattered by a weapon of unbelievable might — more disturbingly reality appeared to collapse within its confines, and 'rare' survivor encountered no longer truly human. A patch-job and a semi-thorough cleansing of the less-friendly entities that inhabited the ruined cruiser were enough for the Alliance to declare her spaceworthy one more. Even if an aura of strange and bizarre incidents persists unhindered The crew of this is just as colorful as her history: biologists and psychologists, anarcho-engineers, PMCs with colony-annihilating personal arsenals, operatives from all sorts of agencies, smugglers, draft-dodging scoundrels and thieving rogues… And it just so happens you're a part of this motley brigade.

The background provided isn't nearly complete nor should it ever be. Significant portions of information are hidden across the game itself, and a player should search for more to receive more.